Studies conducted on pea show that inoculants allow the crop to obtain almost 60% of its total nitrogen requirements and promote an increase in yield that guarantees 14 times the return on investment for the input.

From a nutritional point of view, the element that plants demand the most is nitrogen, after carbon, oxygen and hydrogen. In the case of pea, specifically, this requirement amounts to 50 kg per ton of grain produced.

Generally, most non-legume crops such as wheat, barley, corn, sorghum or rapeseed, receive that amount of nitrogen through fertilizers. This contribution, from the soil health perspective, implies a significant reduction in nitrogen reserves and organic matter. In contrast, winter legume species, such as pea and lentil, stand out for their ability to obtain a large amount of their nitrogen requirements through biological fixation of the excess of this nutrient in the air. It is the most economical way to secure this essential element, using selected strains and technology that enhances association between bacteria in the inoculant and legumes.

The advantages of this type of biological nutrition are more evident in soils without a history of pea crops, after confirming that the symptoms of nitrogen deficiency are more severe and result in plants with less growth, pale green color, scarce biomass generation and low yields. In terms of efficiency, a dose of inoculant in these plots has an economic return of between 1200 and 1400%; in other words, 12 to 14 times the cost of the inoculation practice is recovered.

In soils with a history of this species, significant differences in biomass or in the leaves' color between inoculated and check samples cannot always be observed. However, differences of between 200 and 500 kg/ha have been verified, with returns on the cost of inoculation ranging between 300 and 500%.

The central pea production area in ​​the country, northeast of Buenos Aires and southeast of Santa Fe, is where the soils have a greater agricultural history, and serious problems of water erosion. It is precisely for this reason that, according to the latest surveys, the soils of this area have lost a substantial proportion of their stock of nutrients and organic matter, and have degraded their physical condition, such that the costs of keeping productive levels have considerably increased. On the other hand, prolonged periods of legumes cultivation present challenges linked to pathogens that affect the plant vascular system, since there is no genetic resistance nor effective chemical treatments of foliar application that can minimize these problems.

Biologics technologies promise contributions not only to nitrogen nutrition, but also to better uptake of other nutrients, as solubilizing bacteria and other microorganisms do. In this regard, biological control of pathogens responsible for vascular diseases in pea caused by Trichoderma deserve special mention.

Biologicals in agriculture have a promising technological horizon, with significant impact on environmental quality and with favorable changes in the economy of those growers who implement them, obtaining not only higher yields but also improvements in the production system by incorporating nutrients that are essential for the crop cycle. 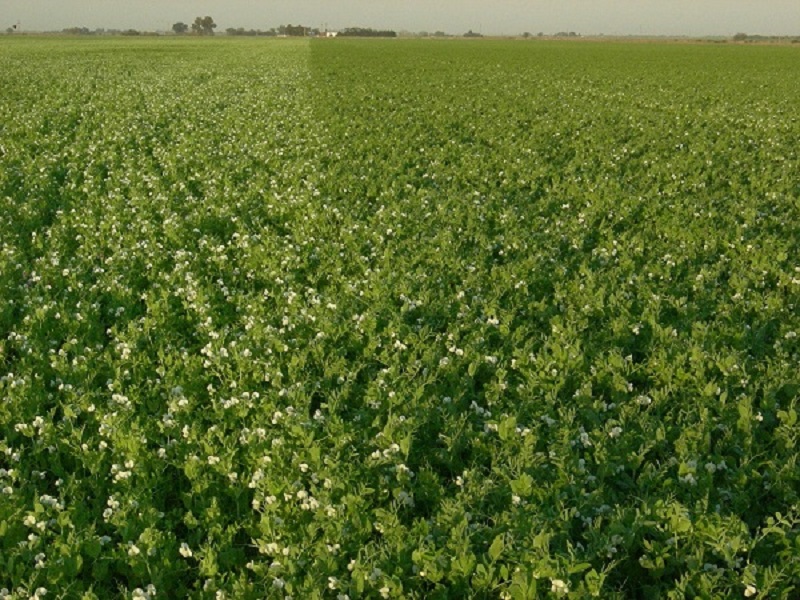