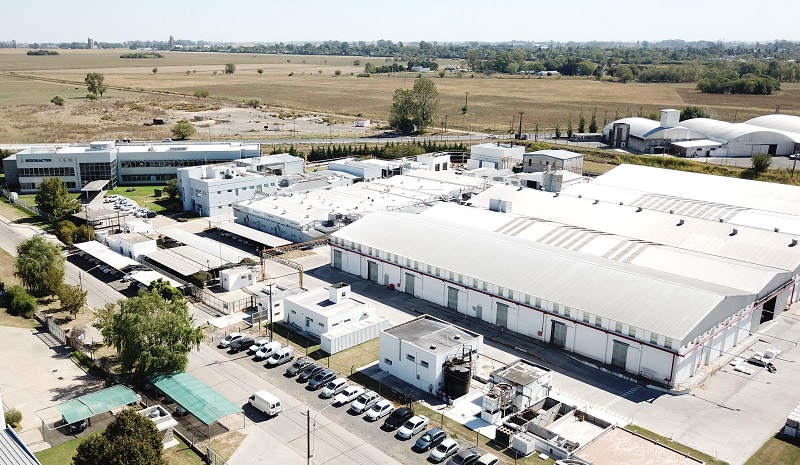 The company strives to increase the commercialization of its biotechnologies in Europe and India. Already present in 30 countries, it has accumulated more than 40 international licenses in the last two years.

Rizobacter is expanding its presence in the global agricultural microbial market, where it is registering an annual growth of 14 percent. The expansion plan has its focus on Europe (Central and Eastern) and India, where there are many limitations in the use of chemical molecules. The company is amplifying the reach of its inoculants, growth enhancers and seed cures of biological origin that have important added value. In order to reinforce its strategy, the company has opened a commercial office in France and has a presence in 30 countries.

The company, with only 40 years of existence, is already positioned within the top 20 developers of biological supplies for the agroindustry in the world and is number 1 in Argentina. Its inoculant production plant, considered to be the most modern in the world, is where the most advanced technologies for bio-fertilization of the main crops are developed. In the last two years alone, it has developed more than 40 new biotechnological licenses commercialized in international markets. The most recent ones being those registered for Rizoderma in Uruguay and Paraguay.

Thirty percent of the company’s profits are destined to investigation and development programs. During the last financial year, the company had a turnover of 112 million dollars and a growth of 10 percent is estimated for the next financial year, pushed by foreign commerce.

“In the next few years, complying with the demand from consumers will be a key issue in the political agenda of governments. That is why they are actively participating in environmental conservation practices. Producers are looking for new ways of supplying nutrients to plants and protection from plagues as a way of generating a bigger production, under environmental friendly strategies. The biological treatments for the control of diseases in seeds and in the ground are a clear example,” said Ricardo Yapur, Rizobacter’s CEO.